When you get an invite to go see a comedy show, the only reply is a big fatty YES!

About Saturday night… It was better than the Pirates of Penzance… I mean, it was so funny, I almost pissed my pants. We were invited to visit The Vault Dispensary & Lounge in Cathedral City to see a show called “Hemperors Comedy Showcase”. Arriving at about 8PM, the joint was packed and the lounge had with a diverse crowd of about 30 people, some having come from as far away as San Diego and L.A. to smoke out and laugh their asses off.

Hemperors Comedy Showcase is the brainchild of Zach Miller. No, not the former football player. This Zach Miller is, according to the “dude” himself, a “non-white Jew”. He’s also an avid consumer of cannabis, which made this evening that much more special. We know that comedians going as far back as Lenny Bruce and George Carlin smoked the wacky tobacky. You can pretty much bet that well over half of today’s comics partake in the sacred plant.

Hemperors Comedy brings together some other cut-up comedians to celebrate dope comedy with an elevated experience wherever cannabis is legal to consume and beyond. This show began about 8 months ago. In the midst of the pandemic, Zach and many out-of-work comics decided it was time to bring some levity to the situation.
Excitement has been building since the CDC announced that we no longer had to wear masks last week, especially if you’ve been vaccinated. Getting out to a lounge was so much better than staying home and binge on streaming services and some mindless TV.

Zach has been doing comedy since 2003. A product of the 90’s, Zach has the grit and original wryness to do stand-up stoned AF. His material is on point and rarely skips a beat. Well, except for that time when a drunk heckler interrupted him at the start. Grandpa was summarily ushered out and put on the rest home bus to take him back to the retirement community down the street. Zach wrangled a few friends to join in on the debauchery and of course, pass the jeeter between sets. 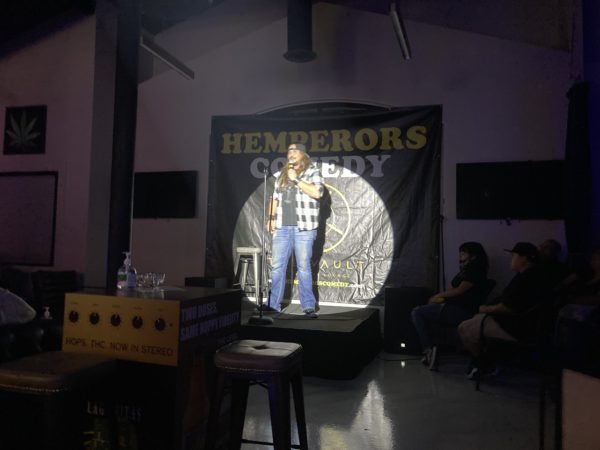 First up was Brandon Brocato a.k.a. Dr. Taco Bronbano (IG: @bmoneywashere). Brandon is a trained improv comic and actor who has appeared on House, MD, Days of Our Lives, among others in his IMDB list of credits. He started doing comedy in 2015 and is out on the long and skinny limbs with his material. He also just dropped his new video a few weeks back titled: G_Sus aka Lil G.O.D. – Divine Resurrection (Watch here. He had us in stitches throughout with his hilarious story about getting free drinks from “bears” at gay bars for his pretty hair and eyes. He’s got that one wired ladies! 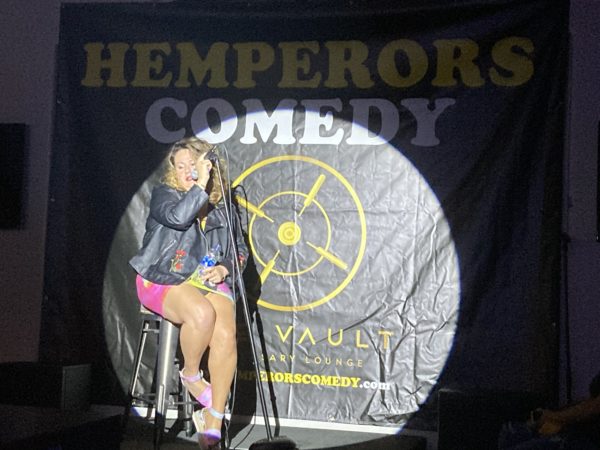 Next up was Jackie Garcia. What a hot mess! She was just between an acid trip or shrooms and clearly rang the bell as if she was coming in for a bout. I mean, this girl brought you into her trippy trip she was on. She’s producer, actress and writer and you can check her out on her YouTube channel here. This comedic talent has the brass ovaries to be the next Rosanne Barr as she is fast becoming America’s favorite Latina comic. 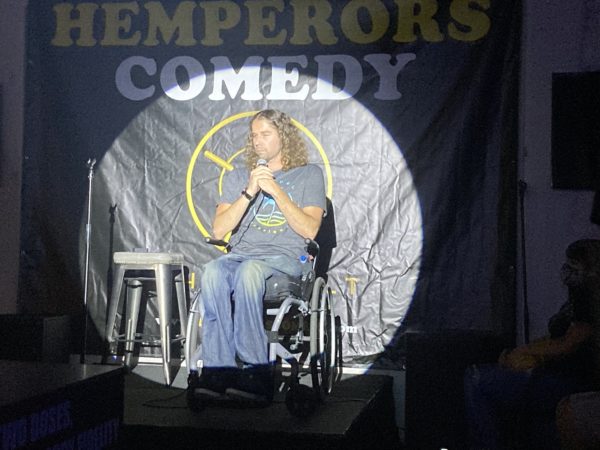 The next comic was a real surprise. Alan Henderson came in on a wheelchair. The first thought I had was this was a gag and the dude was gonna stand up midway through the set. Wrong! Alan was snowboarding a few years back and the slope beat him. A father of three, he turned to standup about 7 years ago and has not looked back. A prolific storyteller, he had us all in stitches. He let us know that certain parts below the waste still work while still having to deal with a severed spine. Alan was hilariously mobile moving the crowd to tears of laughter. The material he shared really had people in laughing like crazy and his YouTube channel has several of his sets here. He even teased about not being able to feel his toes after having an edible. Now I was really thinking this dude was gonna stand up. 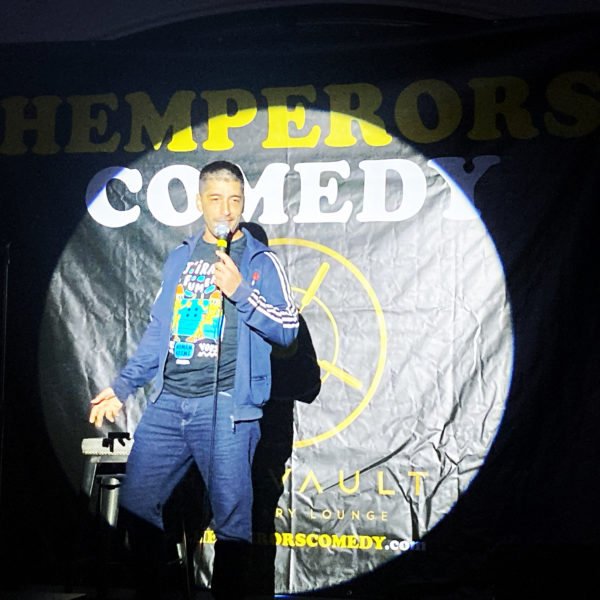 Next up we had a real treat. Welcome to the stage… Noman Hosni! Noman grew up in France, born from a Tunisian father and Iraqi mother. He’s been in the game since about 2009 and has won awards at comedy competitions in Europe. He shared how he and his wife traveled to the US in 2020 and were not able to return to Europe due to the pandemic. A truly unique humorist, Noman came on after the intermission. Yes, the show has an intermission so that guests could get their next buzz on in the lounge. 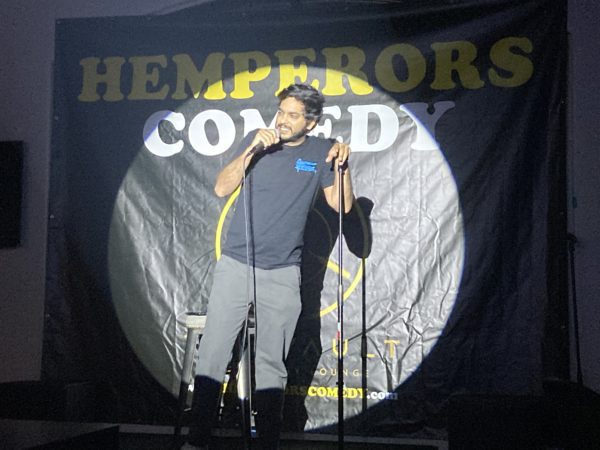 Closing out the show was Abdullah Saeed who many people recognize from Vice Channel’s Bong Appétit where he hosted, produced and wrote over 30 episodes and Vice Does America. He’s been a cannabis journalist since 2012 and was absolutely taken away about being in a lounge where there was no alcohol, but plenty of smoke.

Hemperors Comedy Showcase is just what we need now as we aim for getting out of the restrictions brought out by the pandemic. If the most important rule of comedy is timing, comedy out of home and in a cannabis lounge is perfect timing.